Main board is divided into two parts: Summary and and Submits

Summary is a small dashboard with all important information such as referendum count, proposal count and launch period

In submit part user is able to decide if he/she wants to submit proposal or preimage.

When user wants to submit proposal, he/she needs to upload the hash of proposal and balance which will be locked for proposal.

When user wants to submit preimage, he/she needs to select the extrinsic which will be added into preimage sumbittion.

We are also able to second the proposal using + Second button. 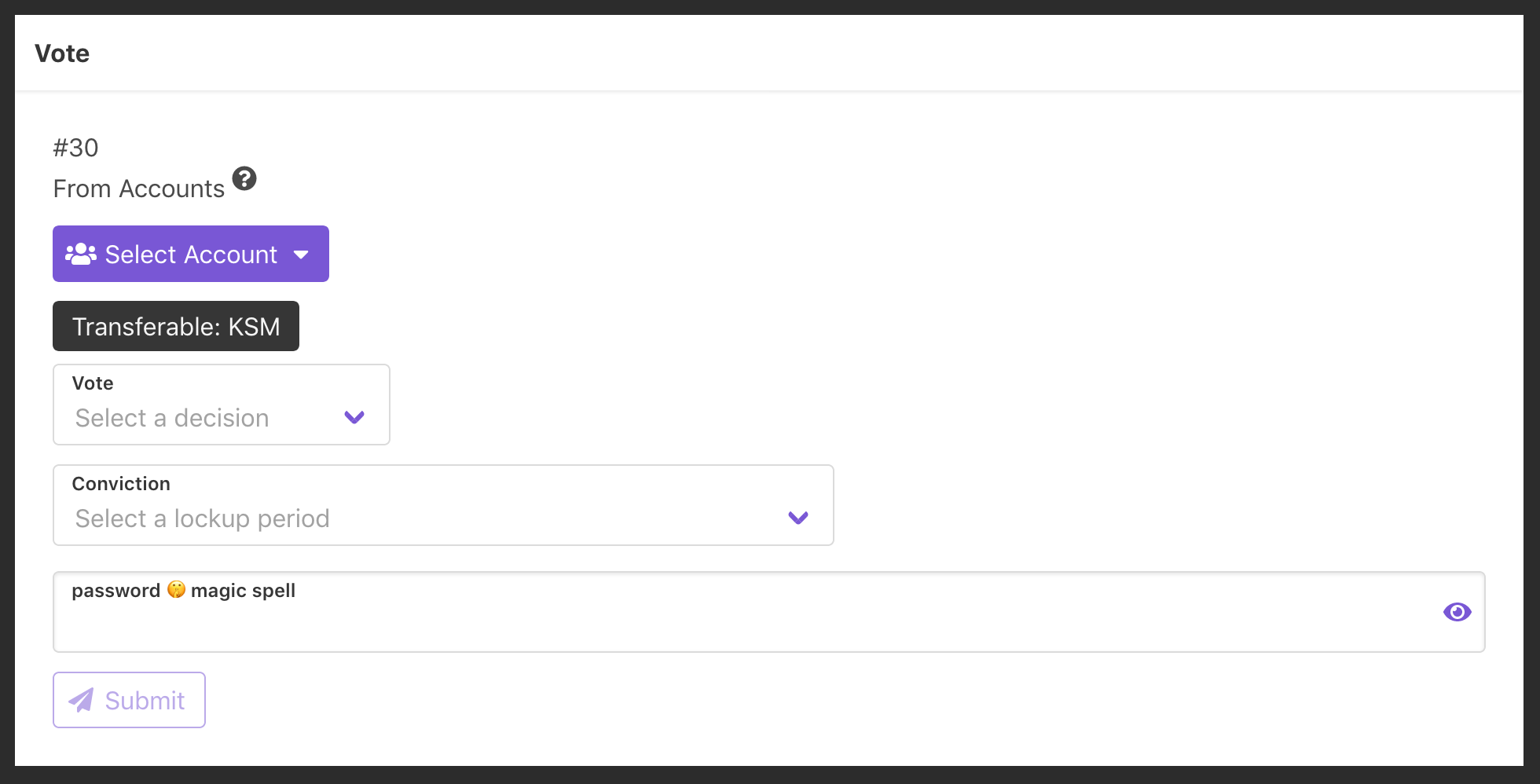